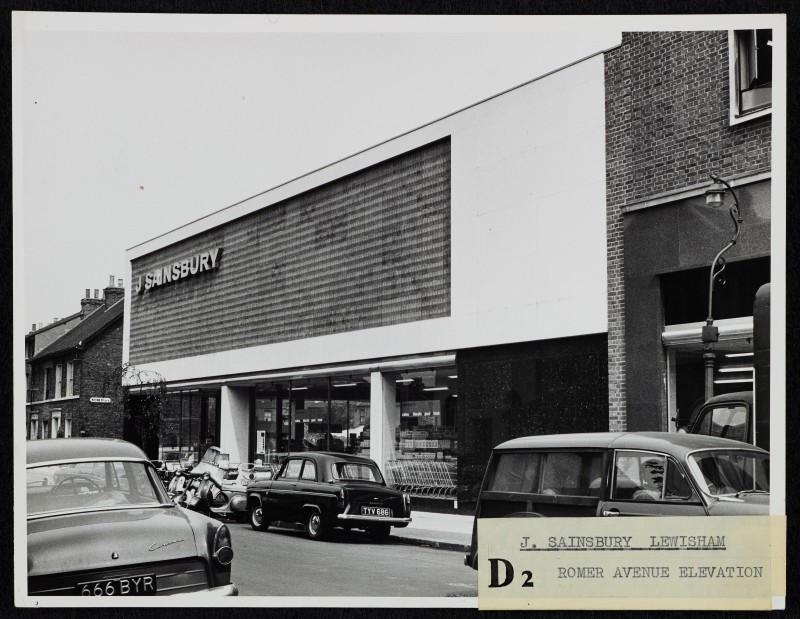 Photograph of the 1963 extension on Romer Avenue of the Sainsbury's branch at 132-136 Lewisham High Street, Lewisham, London. The photo is labelled "D2 Romer Avenue Elevation". This location including the Sainsbury's store and the rest of Romer Avenue was later redeveloped in the 1970s as a shopping centre (currently named the Lewisham Shopping Centre). Photograph by Maillard Studio, Weymouth Street, London, W1 (reference 700/64).