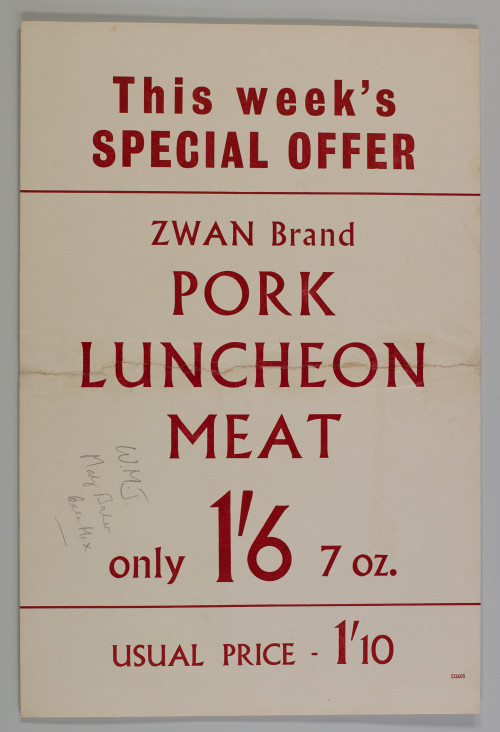 Labelled on front "W.M.J., Mary Baker Cake Mix" and on back "Replicas to be Sent" and "Replicas Sent" 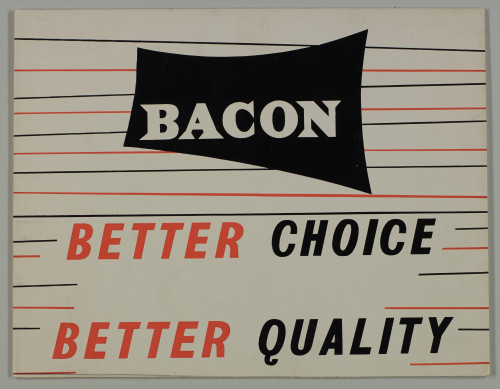 Labelled on back "A New Branch (Internal)". The lower part of the card appears to have been cut off 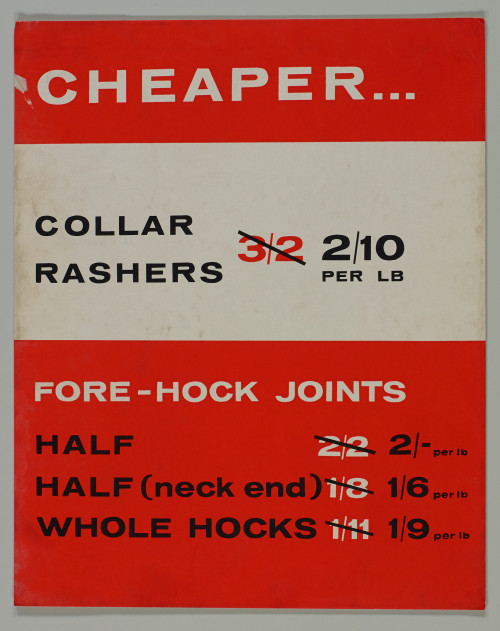 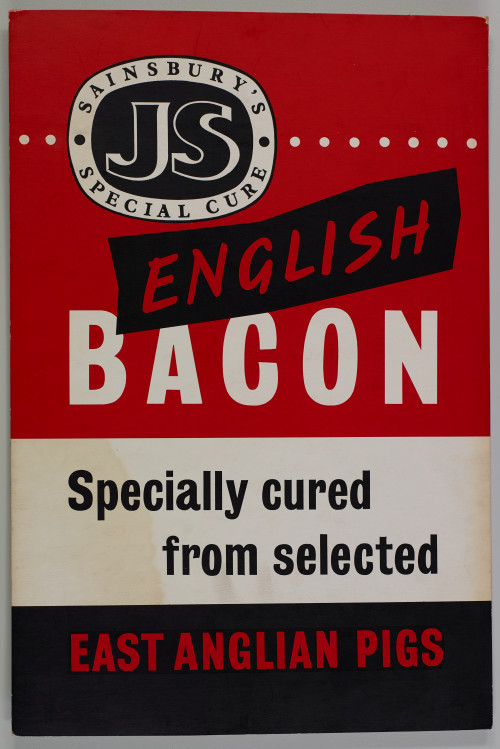 "Bring Home the Best British Bacon, Check if You Have Won a Share of £250,000" barker card (shelf edge label)

Includes star logo, possibly relating to a discount or promotion

"From Sainsbury's, the antipasto that isn't an anticlimax." barker card (shelf edge label) 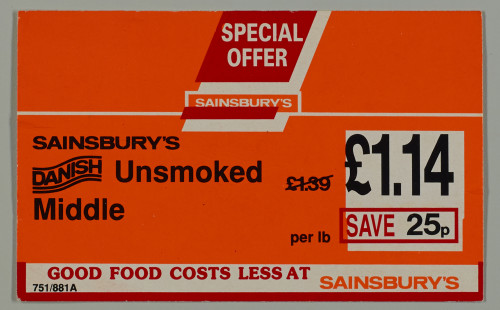 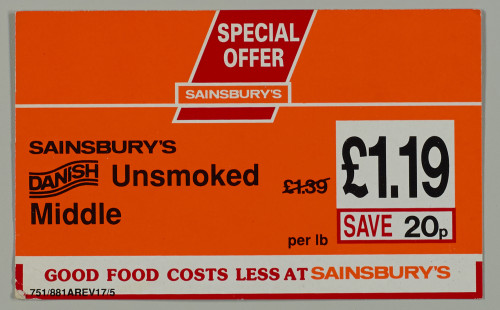 Includes image of Sainsbury's Continental Frittata recipe, and slogans "As seen on TV" and "Sainsbury's. Everyone's favourite ingredient." For related...

Includes image of Sainsbury's Fresh Tagliatelle with Bacon and Pesto recipe, and slogans "As seen on TV" and "Sainsbury's. Everyone's favourite...

Other:
Sainsbury's 'Billy Bear' Turkey & Pork Luncheon Meat (with donation given to 'Children in Need')

Advertisements frequently refer to special offers (including "Catch of the Week");