My mother appeared in the 1978 TV and newspaper campaign "Discount 78". The advert was filmed in the East Grinstead store. This image is from the daily mirror in Jan 1978. She would be made up if I could ever find the video footage again, as it was shown very extensively on TV at the time. Her phrase was "I must have saved £1 this week on my housekeeping money". Wow ! 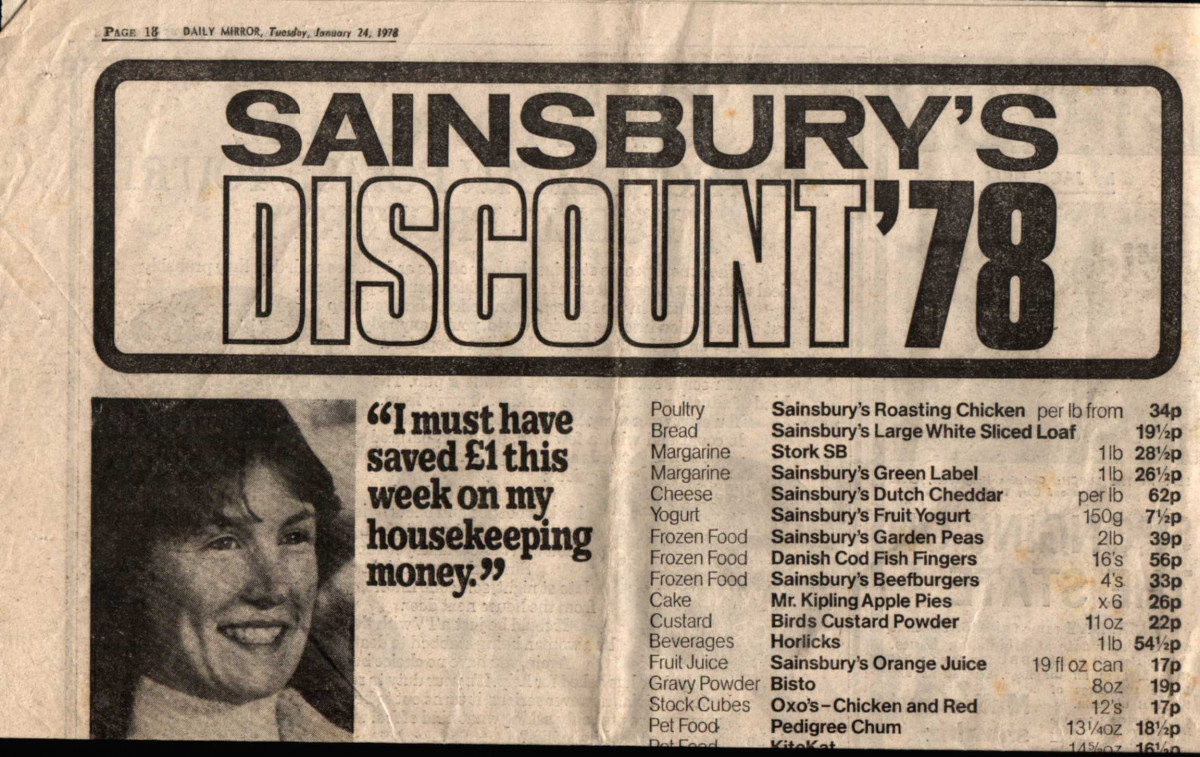