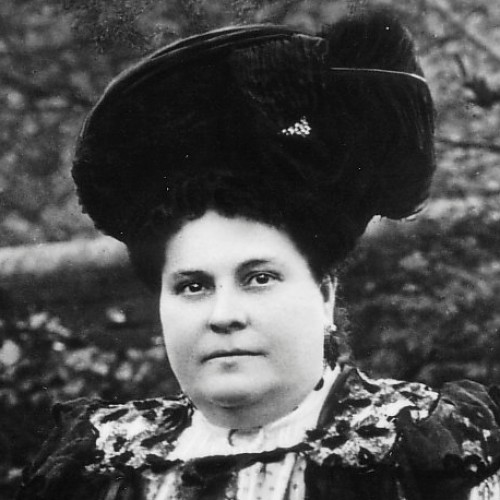 The eldest child and only daughter of Benjamin and Elizabeth Staples.

Benjamin Staples had been a woodcarver, but from c. 1864 he began working as a dairyman, with his own dairy shop in Chalton Street, St Pancras, later expanding to become a small chain of half a dozen shops. Mary Ann may have worked in this shop before being employed by dairyman Tom Haile in Strutton Ground. This experience provided a useful network of contacts within the dairy and grocery trade, as well as a good grounding in the practicalities of dairy and retail work. It was while working in food shops at Strutton Ground, Victoria, that Mary Ann met John James Sainsbury.

Mary Ann was always up very early in the morning, enjoyed serving behind the butter counter and took great pride in the cleanliness of the shop. But as the family grew, Mary Ann spent increasingly less time working in the shop. She worked in Sainsbury's shops until the 1880s, when the company's success allowed her to stay at the family's new home in Highgate. Despite this, she still accompanied John James on inspections of the shops. It was her insistence upon scrupulous cleanliness which set the standard for all the Sainsbury's shops and made the firm stand out from its rivals. This was a particularly valuable emphasis since it came at a time when the issue of tainted and adulterated food was becoming a national concern. She died in June 1927.