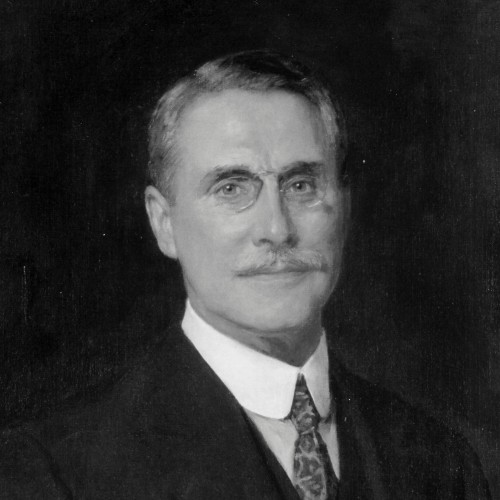 The eldest surviving child of John James and Mary Ann Sainsbury, John Benjamin Sainsbury was active in helping in his parents' shop from a very early age. His first job was serving eggs but later on he was allowed to help drive the firm's first horse-drawn van. Within the firm he was known as "Mr John". From an early age, he was trained to take over as the head of the company. The earliest recorded Board Meeting of the firm was held in November 1911, at which point the five elder brothers, including John Benjamin, were taken onto the Board. At that meeting decisions were made regarding how the operation of the business should be divided between the brothers. John Benjamin undertook significant responsibility, taking charge of the bacon and ham departments, the purchasing of lamb and Ostend rabbits, engaging staff, the development and maintenance of stores and the care of vehicles and horses. On 27 March 1915 , he was taken into partnership of Sainsbury's, managing the day-to-day running of the firm's branches.

Upon his father's death in 1928, John Benjamin became Chairman and held the position until his own death in 1956, although in practice he passed the daily responsibilities to his sons Alan and Robert in 1938 as joint General Managers. As part of his responsibilities for staff engagement and welfare in the interwar years John Benjamin purchased a sports ground for the company at Dulwich. John Benjamin took an intense and active interest in the acquisition and performance of new stores, steadily expanding the number of shops during the 1920s and 1930s. He visited sites to assess their suitability and in some cases worked at new stores to help achieve the required profits. He also visited potential new store sites with his family at weekends and conducted his own market research. Inspectors, later known as district supervisors, were required to report on their branches' performance to John Benjamin at least once a week. He married Mabel Miriam van den Burgh, daughter of margarine magnate Jacob Van den Bergh, in 1896. They had two sons, Alan and Robert, and a daughter.