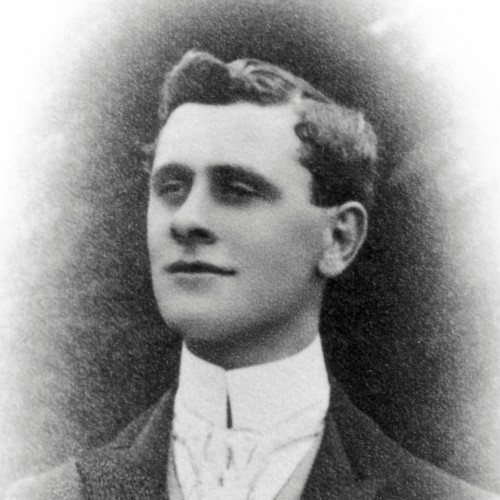 The third son of John James and Mary Ann Sainsbury, Frank Sainsbury followed his elder brothers into the family business but was never really content as a retailer. He progressed to be manager of the branch at 18/20 Seven Sisters Road, Holloway, but was known among the staff for his quick temper. He was eventually dismissed as manager after his father paid a surprise visit to the branch during trading hours to find Frank Sainsbury giving orders to the staff while riding his bicycle around the shop. He was subsequently sent to work on a friend's farm in Suffolk. This was a success and in 1902 when John James Sainsbury purchased his own farm at Blunt's Hall, near Haverhill in Suffolk, Frank Sainsbury was put in charge of this.

He became responsible for the provision of eggs, poultry and pork to the shops. Initially this was solely sourced from the farm at Blunt's Hall but as demand increased Frank Sainsbury set up an egg collection scheme in East Anglia. Eggs were collected from local farms, then tested and packed at Blunts Hall. This scheme gained a reputation for Sainsbury's as a supplier of fresh eggs at a time when most English and Irish eggs were a few weeks old by the time they reached the shops. Additionally, having bought twelve pedigree boars, Frank encouraged local pig farmers to breed from these to improve the pig stock in Suffolk. An abattoir was set up and the resultant produce was sold in Sainsbury's shops. He married Elma Rose Wallace in 1902.