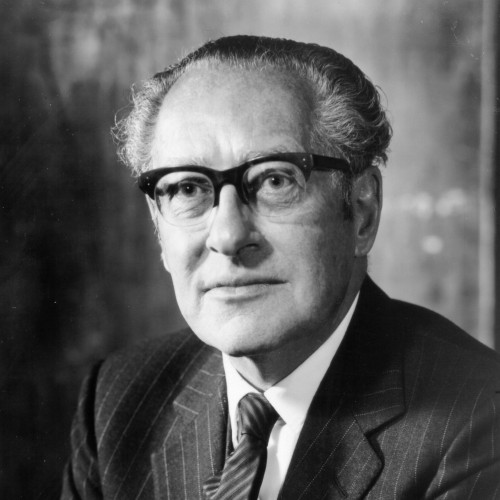 The second son of John Benjamin Sainsbury, Robert James read history at Pembroke College, Cambridge, then studied accountancy, later becoming a fellow of the Institute of Chartered Accountants. Joining the family firm in 1930, Robert James become joint General Manager alongside his brother Alan (later Lord Sainsbury) on his father's illness and retirement. He took particular responsibility for personnel and administration, and had a genius for solving personnel issues and making changes amenable to the company's staff.

Alongside his career with Sainsbury's, he is best known as a major patron of the arts. He was an early supporter of artists Henry Moore, Francis Bacon, Pablo Picasso, Amedeo Modigliani and Charles Despiau, and later Giacometti. He was particularly supportive of African works of art, first encountered on a trip to Paris in 1935, and was an early patron of the National Art Collections Fund.

Robert James was a major philanthropist, making donations to hospitals and to Kew Gardens. In 1973 he donated his large art collection (of more than 400 works) to the University of East Anglia, where they commissioned the then-little known architect Norman Foster to design an art gallery. In 1979 the Sainsbury Centre for the Visual Arts was opened.

Robert James was knighted for services to the arts in 1967.