The Christmas pudding as we know it has gone through several transformations to arrive in its present familiar form. Its earliest origins lie in ‘frumenty’ or ‘furmenty’, an ancient country recipe consisting of hulled wheat boiled in milk and seasoned with cinnamon and sugar. Over many years this dish developed into plum porridge or Christmas porridge – mixture of beef or mutton broth with brown bread, raisins, currants and prunes and added mace and gingerbread, served at the beginning of the meal in a semi-liquid state, often enriched with alcohol. 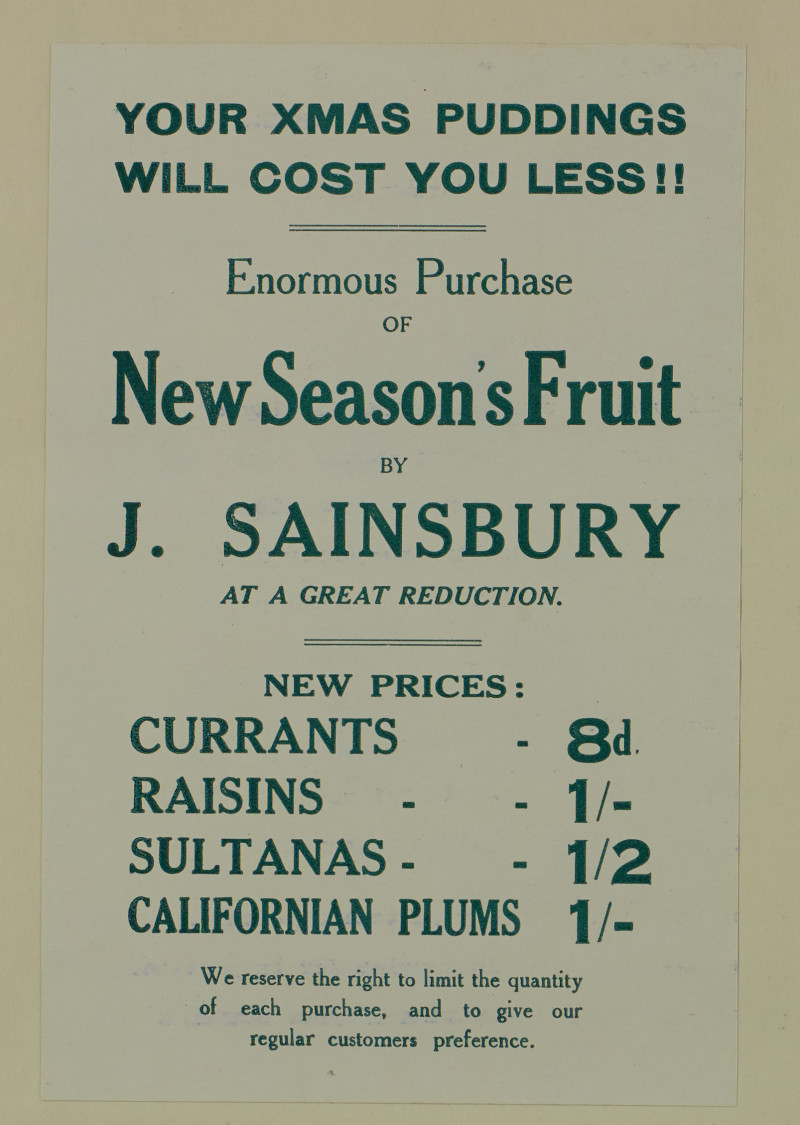 During the 18th century this unappetising dish was replaced by plum pudding, where the meat was sup-planted by dried fruits such as prunes and raisins. This sweet became established as the high point of the Christmas meal, and the mixing of the pudding became something of a family ritual. Traditionally the pudding should be made on the 23rd Sunday of Trinity (stir-up Sunday). Slowly, it had ceased to be a meat dish and had become sweet with only relic of the meat ingredients being suet. 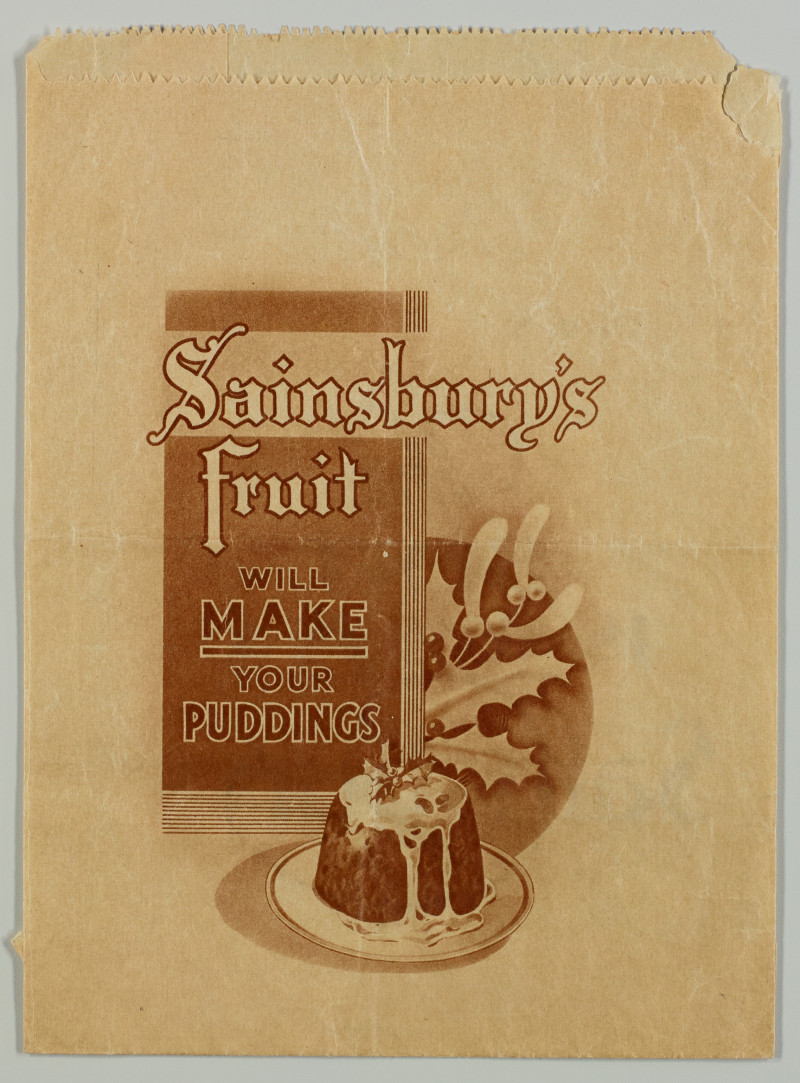 ‘Count your puddings before they are cooked’ advises a delightful Christmas recipe and price list published by Sainsbury’s in 1931. The leaflet tells us the pudding count is necessary because’….if you have made them the Sainsbury way, the youngsters may be tempted to carry out a midnight raid’ on Christmas eve. 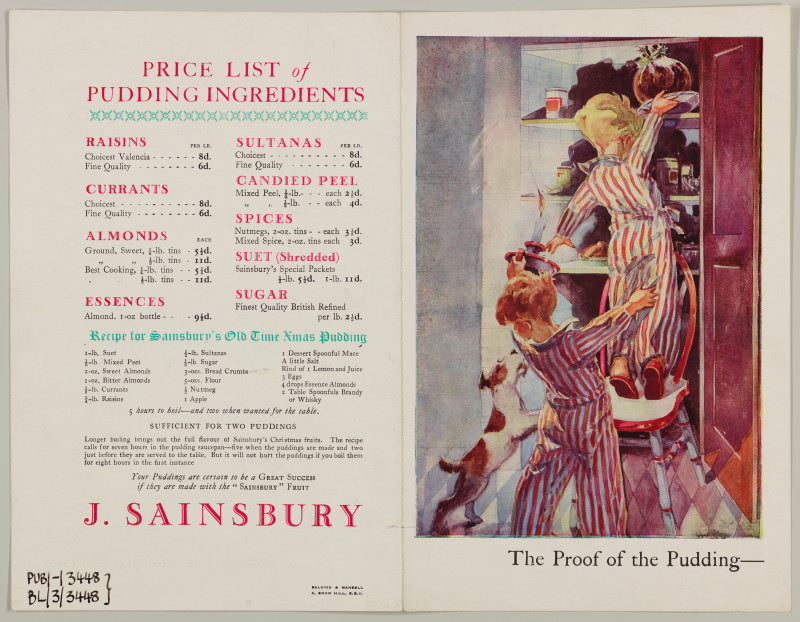 Dried fruits for the making of Christmas puddings were first sold by Sainsbury’s in the inter-war years. A price list for 1938 includes Choicest Vostizza currants at 8d per lb, and Fine Quality Sultanas at 6d. At the same time, for added convenience, ready-made puddings in basins could be purchased for 1s. 1 ½ d each.

‘The Spirit of Christmas reaches its culminating point in that wonderful meal – The Christmas Dinner – The Kiddies joyfully anticipate the time when they will take their seats at the table groaning with good things, and for them the crowning glory of the repast is surely the Christmas Pudding – so give them a special treat this year. Never has there been such a pudding as the ‘Sainsbury’ recipe will make'. This wonderful statement accompanied Stirring Times booklet from c.1927. 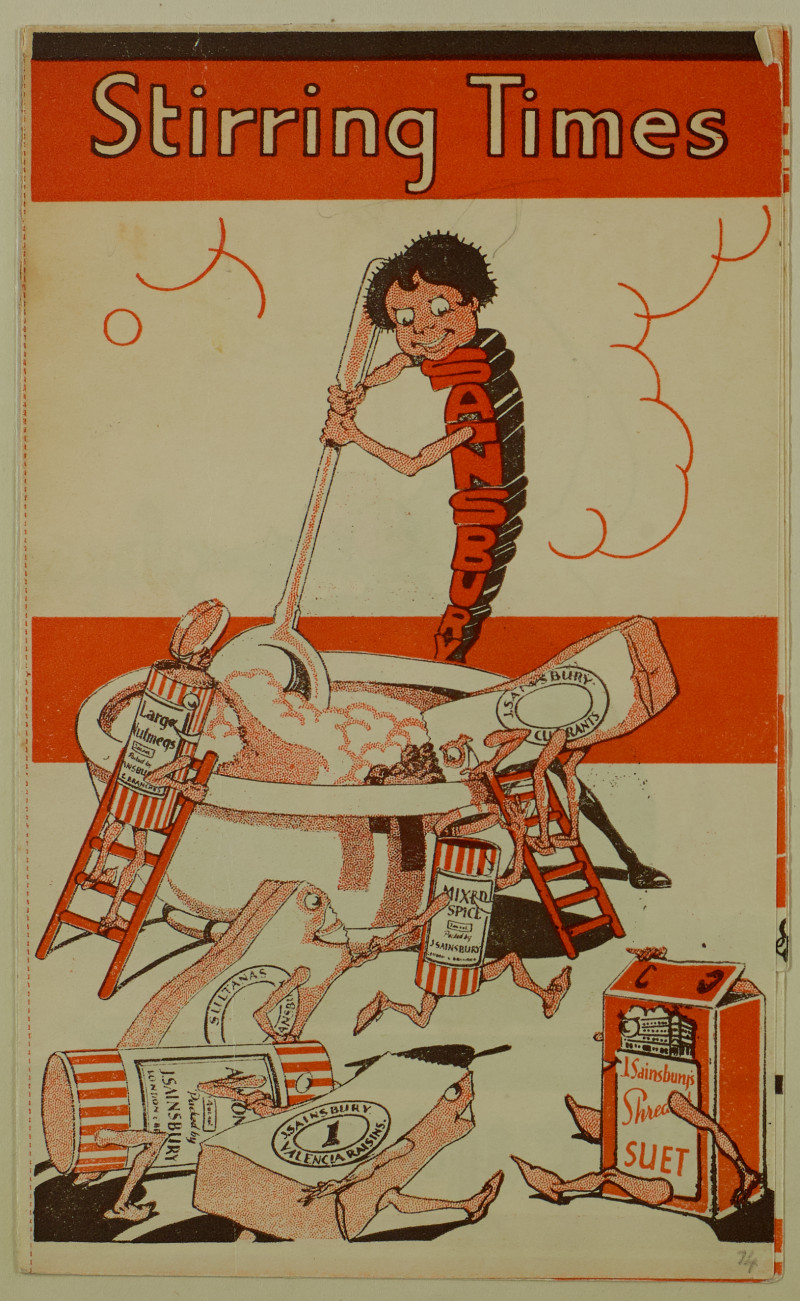 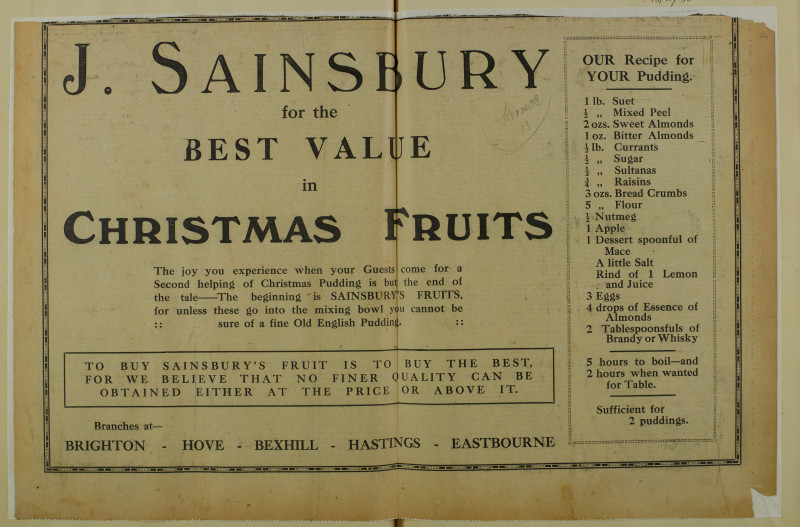 Shop window displays in November reminded customers to make their puddings in good time and, by 1938 were advertising ‘if not you cannot do better than buy a ready-made one at Sainsbury’s.’ 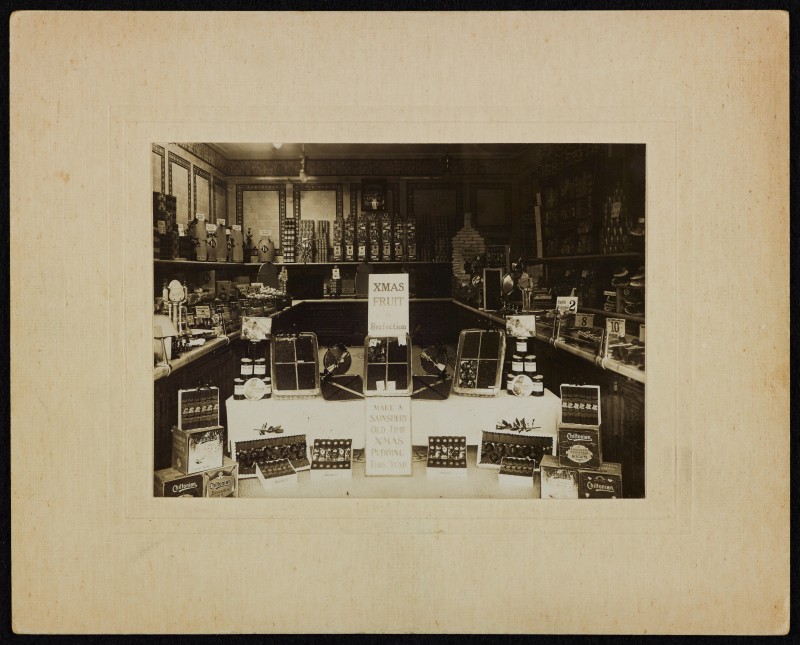 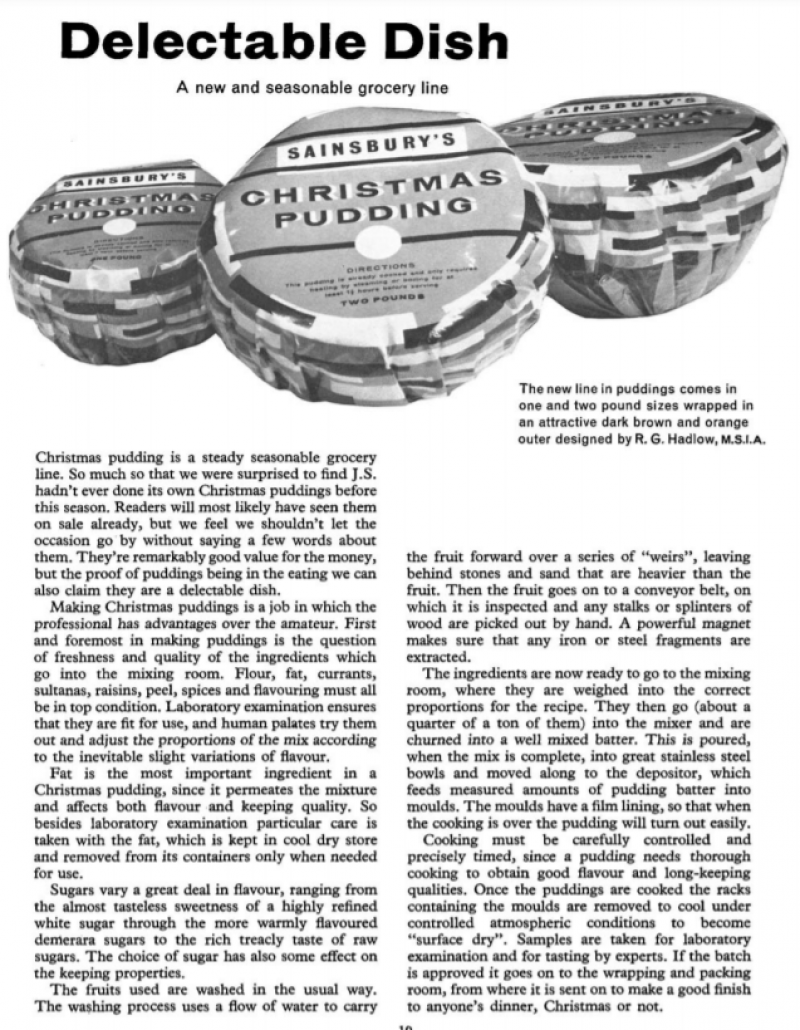 Examples of how taste and ingredients changed over time can be seen from below packaging: 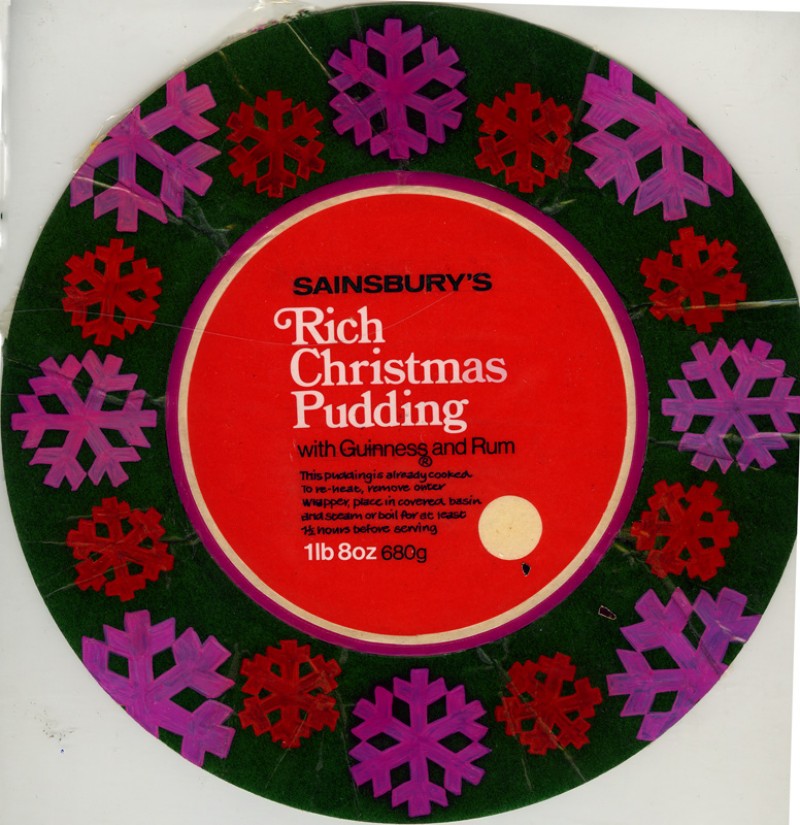 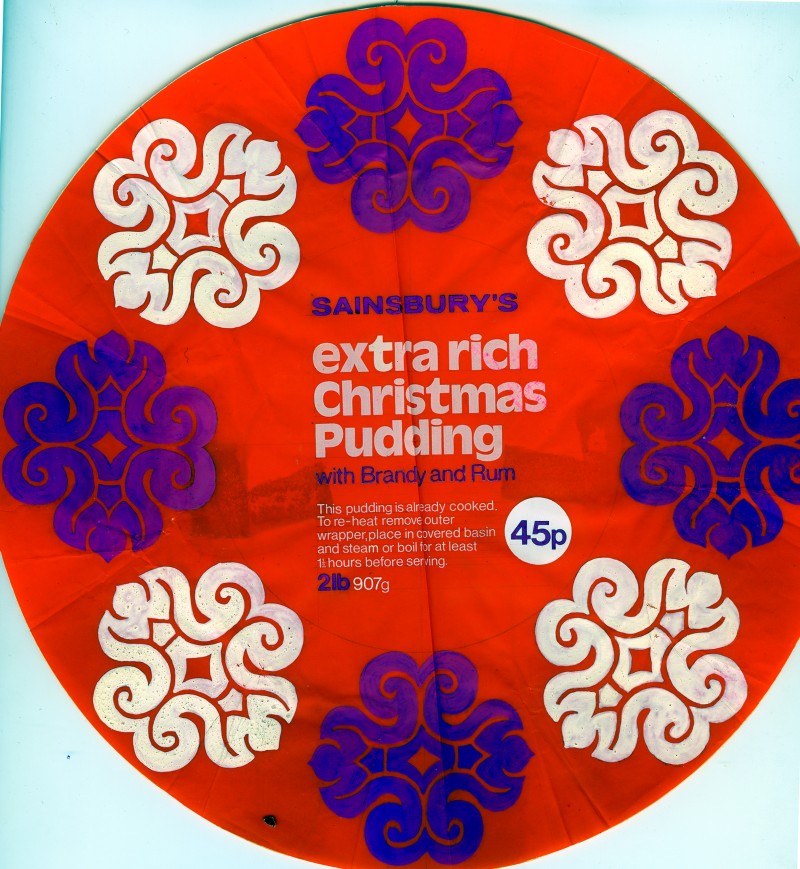 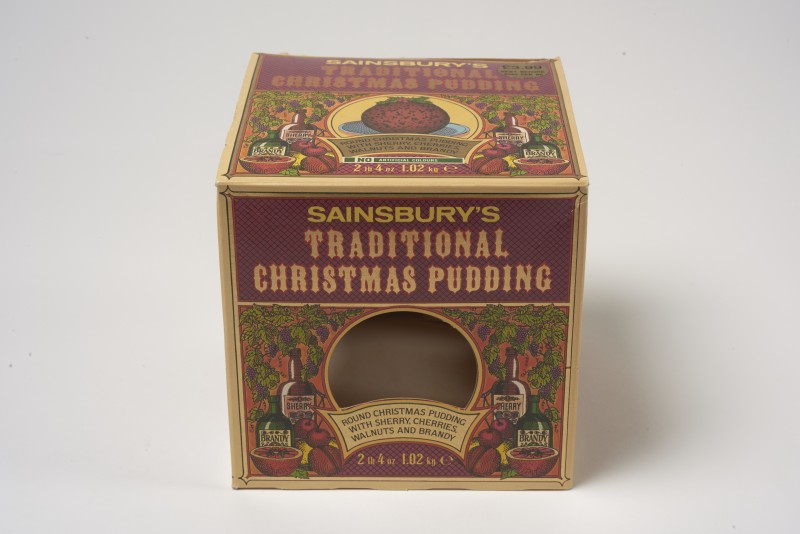