Easter at the Sainsbury Archive

There are many items in our collection which tell us about Easter food and its promotion. We can also get an insight into how staff experienced this time of the year in history.

Although chocolate Easter eggs were developed in the 19th century, the earliest photograph we have of a Sainsbury’s Easter egg display shows the variety laid by hens. The brightly painted eggs must have looked even more impressive in real life! 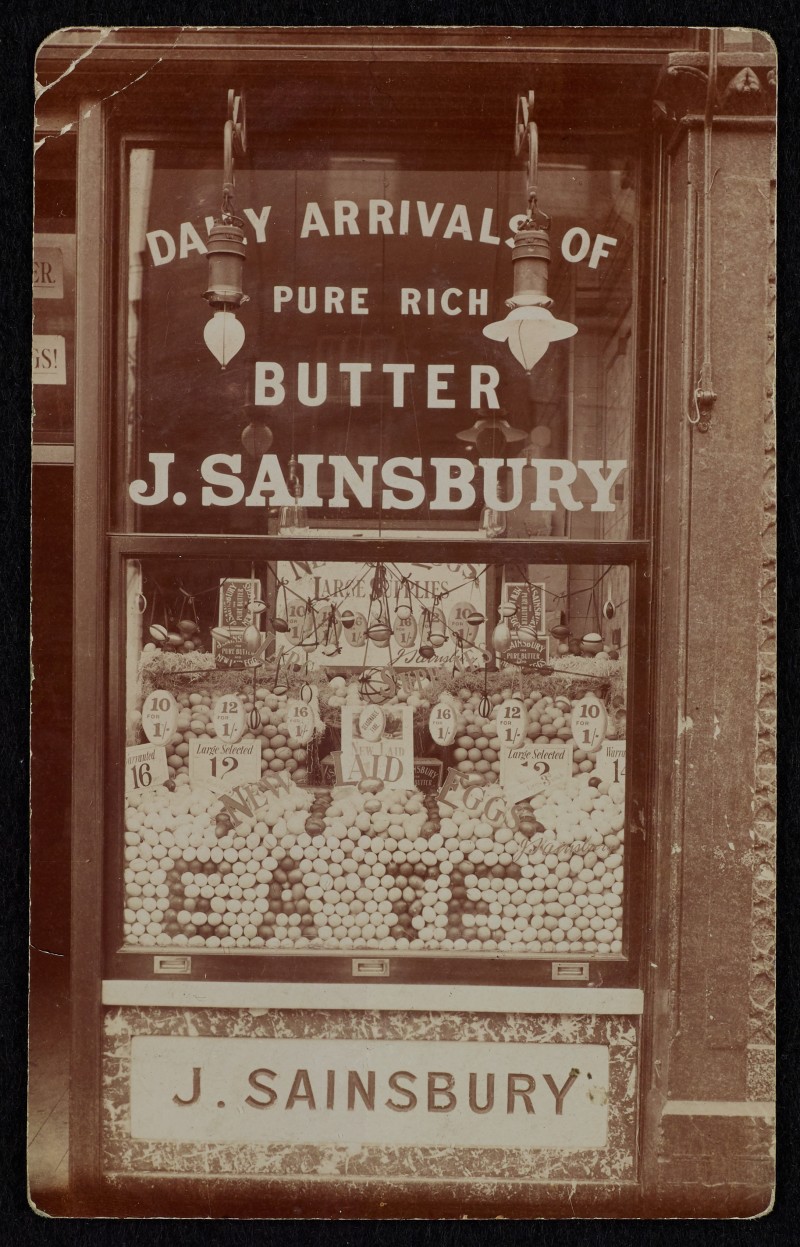 Eggs were not the main Easter selling point in early 20th century newspaper advertising. Instead Sainsbury’s focused on providing all-round good quality food at affordable prices. This advert appeared in the midst of the First World War, and Britain would soon be facing food shortages and rationing. 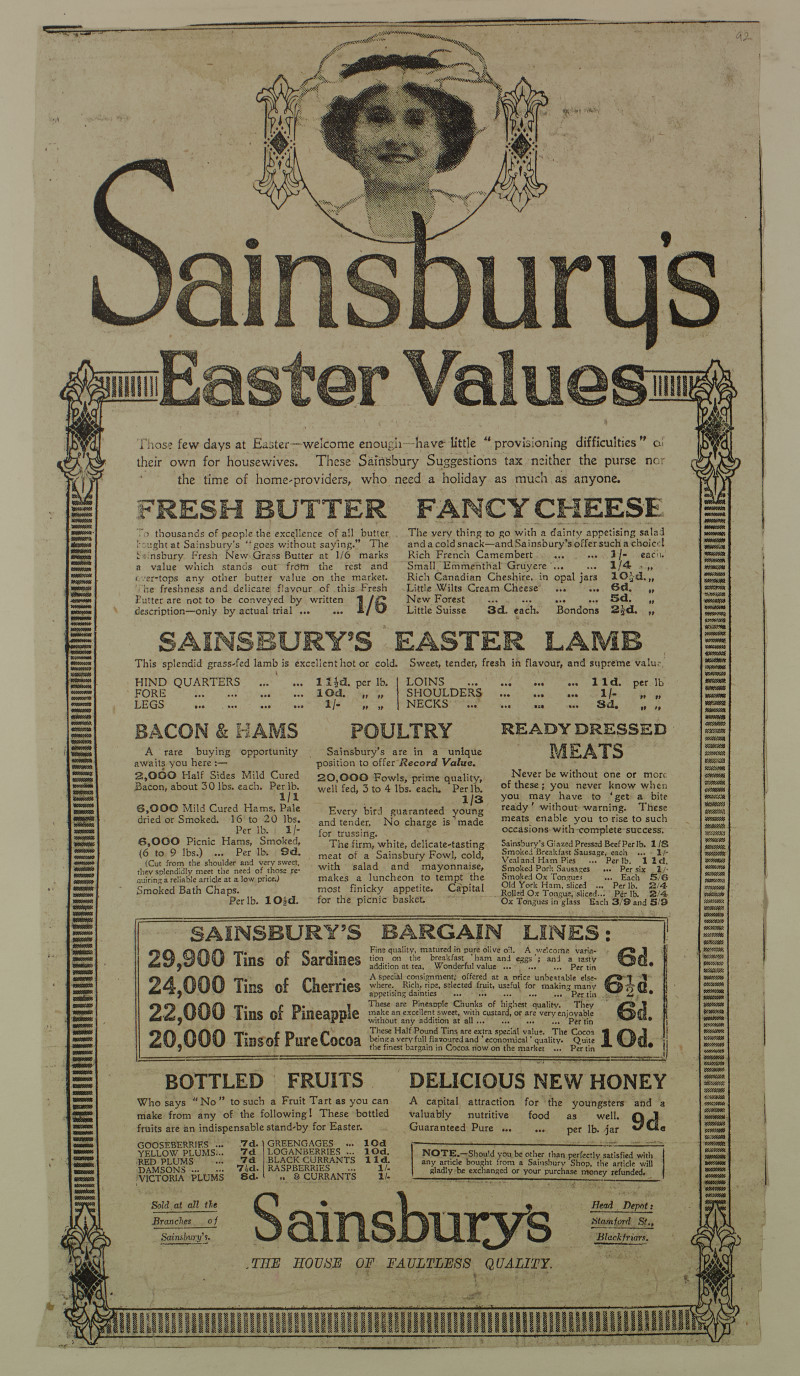 By the 1930s, adverts made clear that chocolate eggs were not only available, but were to be given out free with purchases of butter, margarine and tea, which remained Sainsbury’s key products. This example promises that the eggs 'will delight the kiddies'. 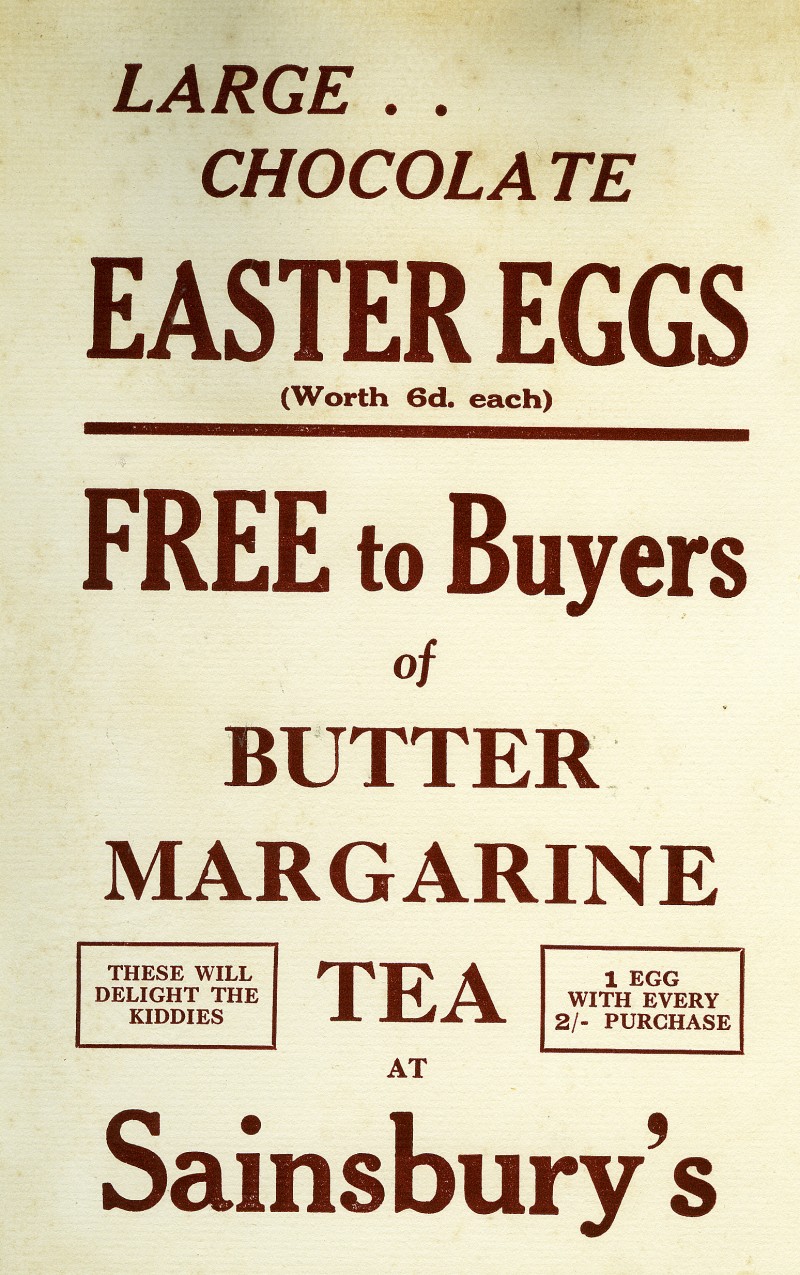 The run-up to Easter has always been busy for staff, but the improving weather also made it a time to enjoy company-organised sports. The Sainsbury Cup, a six-a-side football tournament, was traditionally held on Good Friday or Easter Monday, and netball often featured on the same day. 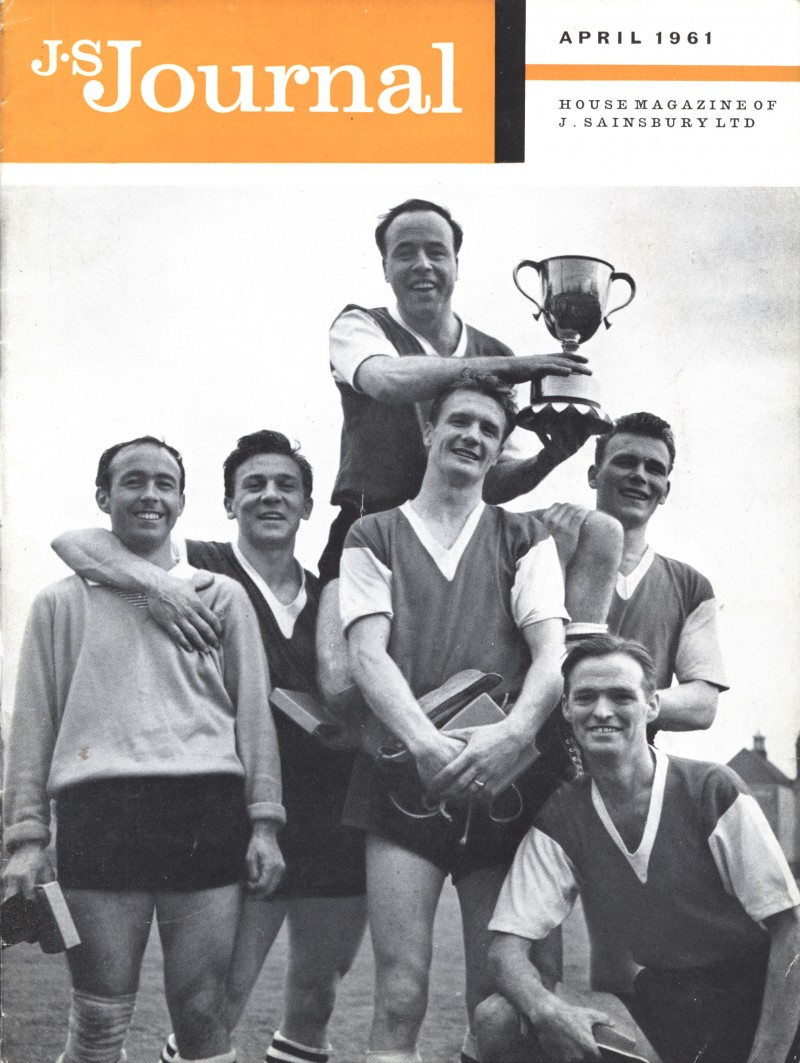 Staff regularly participated in events to raise money for charity over the Easter weekend. On Easter Monday 1977 Portsmouth branch staff pushed one of their cashiers in a pram all the way from Guildford to Portsmouth, raising over £70. 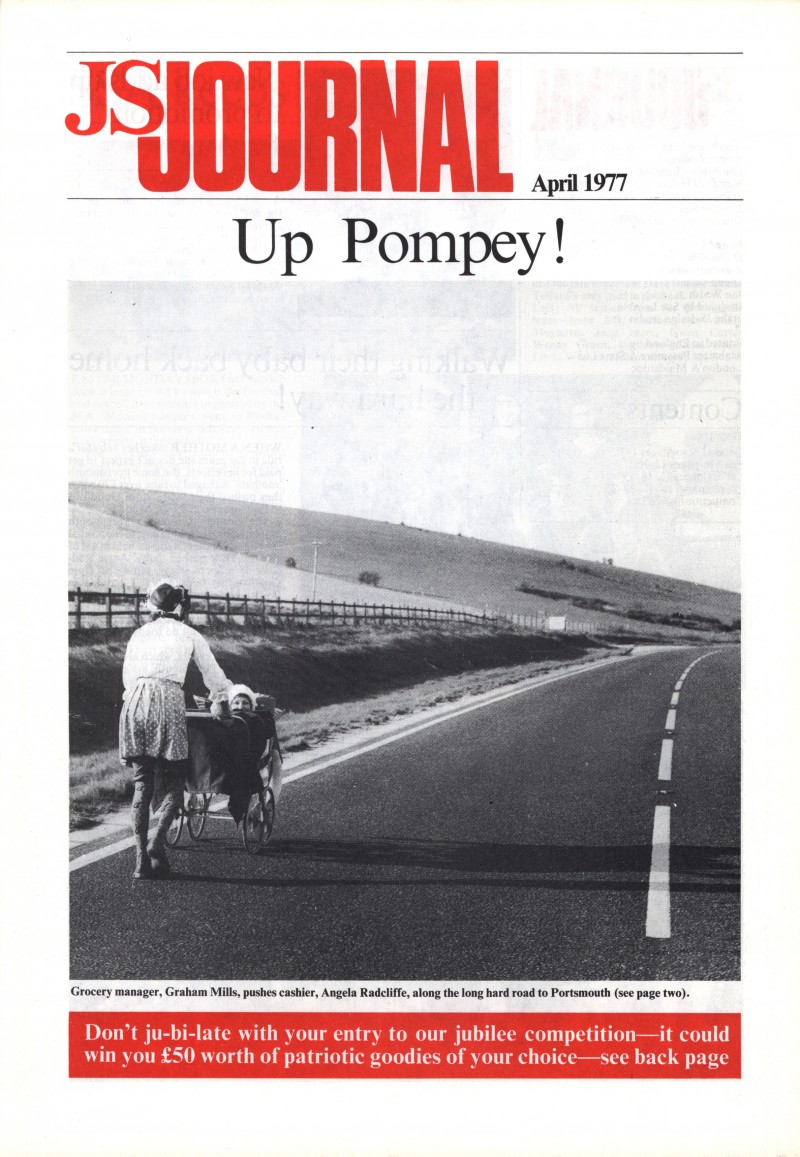 Branches the 1970s would be closed on not only Easter Sunday but also one or two other adjacent days. This could change from one year to the next, so signs were put up to update customers. 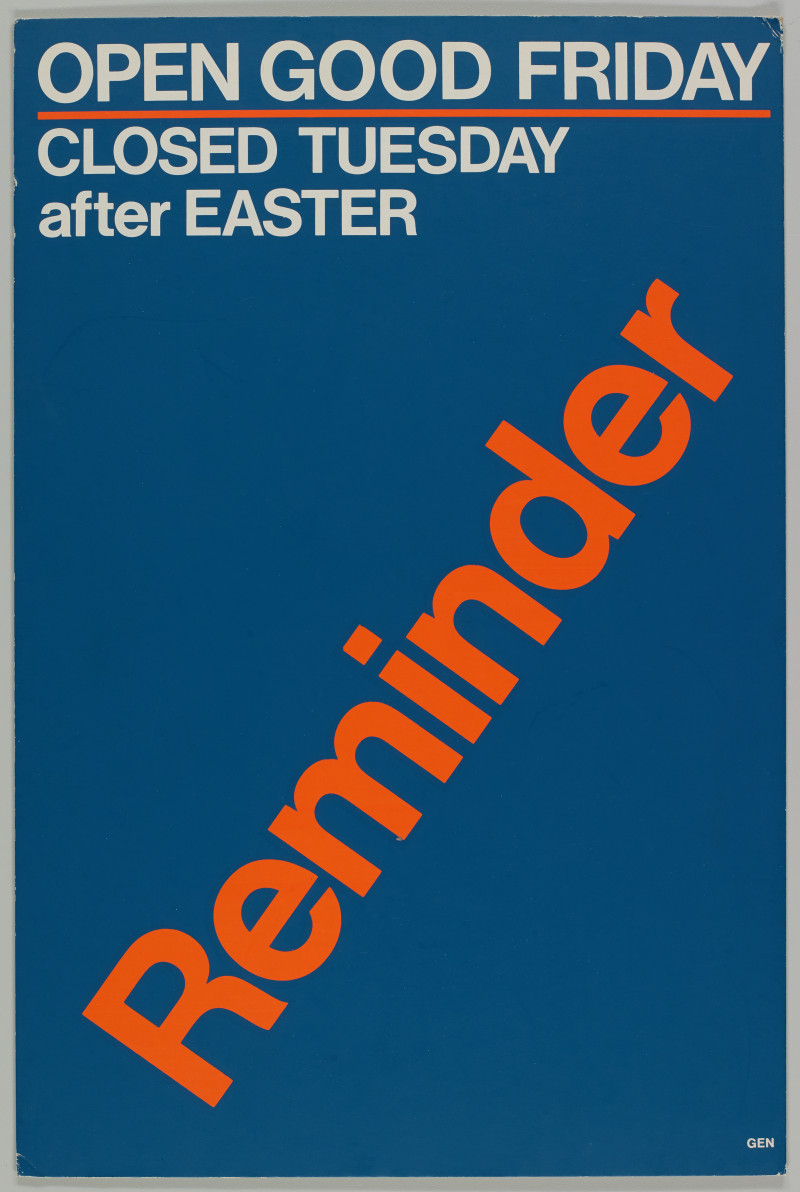 Chocolate Easter eggs as we know them today were at the forefront of advertising in the 1980s. Already by this time ‘JS Journal’, the Sainsbury’s staff magazine, had noticed how they seem to go on sale earlier every year. 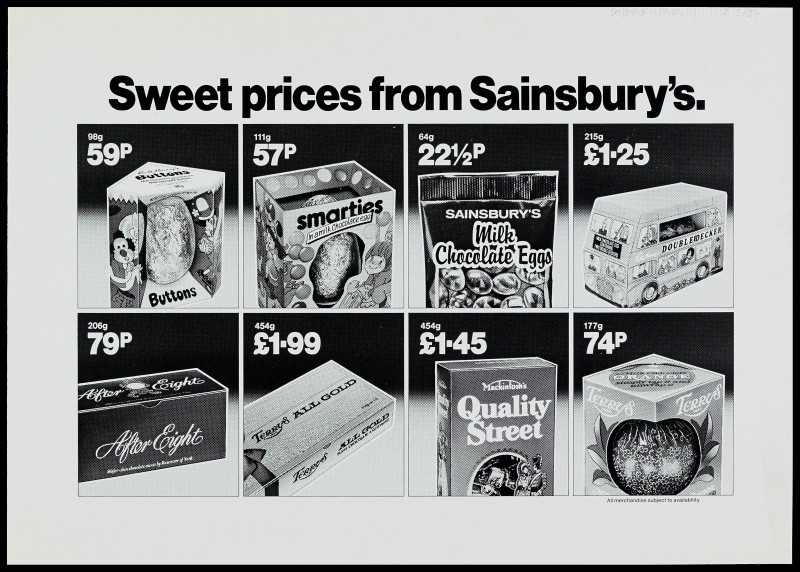 As branches got larger, more space was available in which to display eggs, leading to an almost overwhelming choice for some. 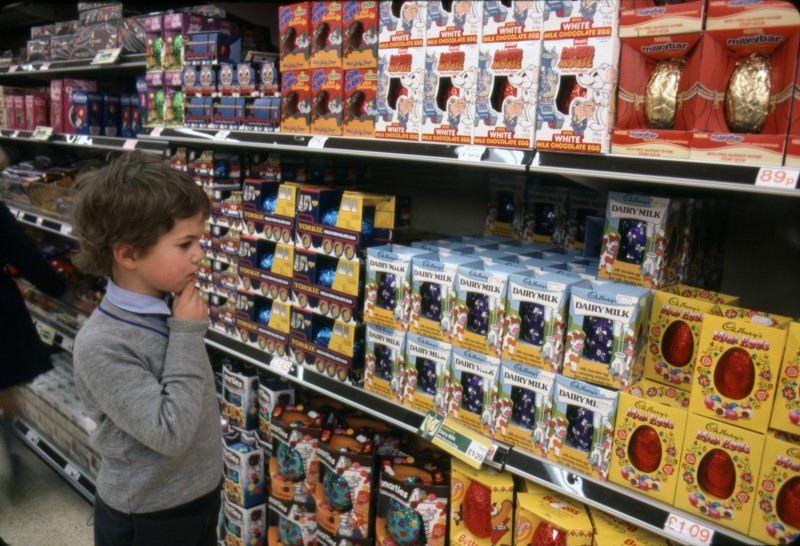 But Easter food has never been just about chocolate. The archive contains numerous examples of seasonal in-store advertising designed to draw attention to a variety of products.

Home baking at Easter has remained popular for many years too. In 1954 ‘JS Journal’ gave readers a recipe for Simnel Cake, and 50 years later this was still a popular choice with customers.

Happy Easter from all at the Sainsbury Archive!