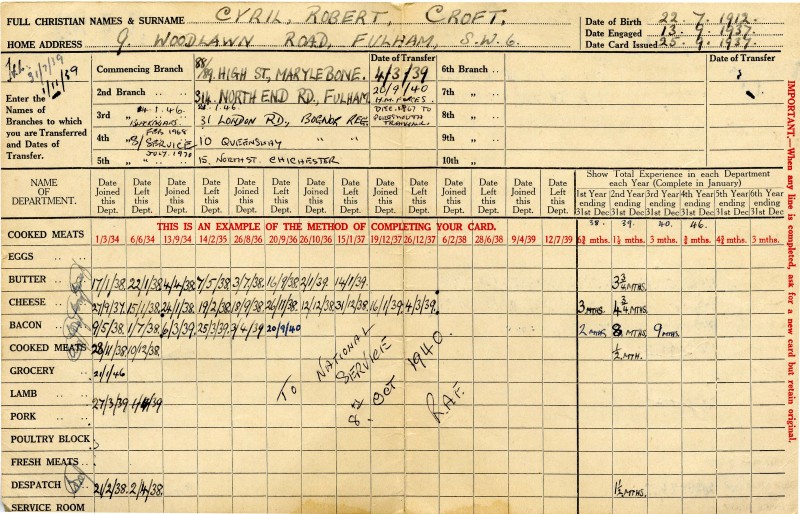 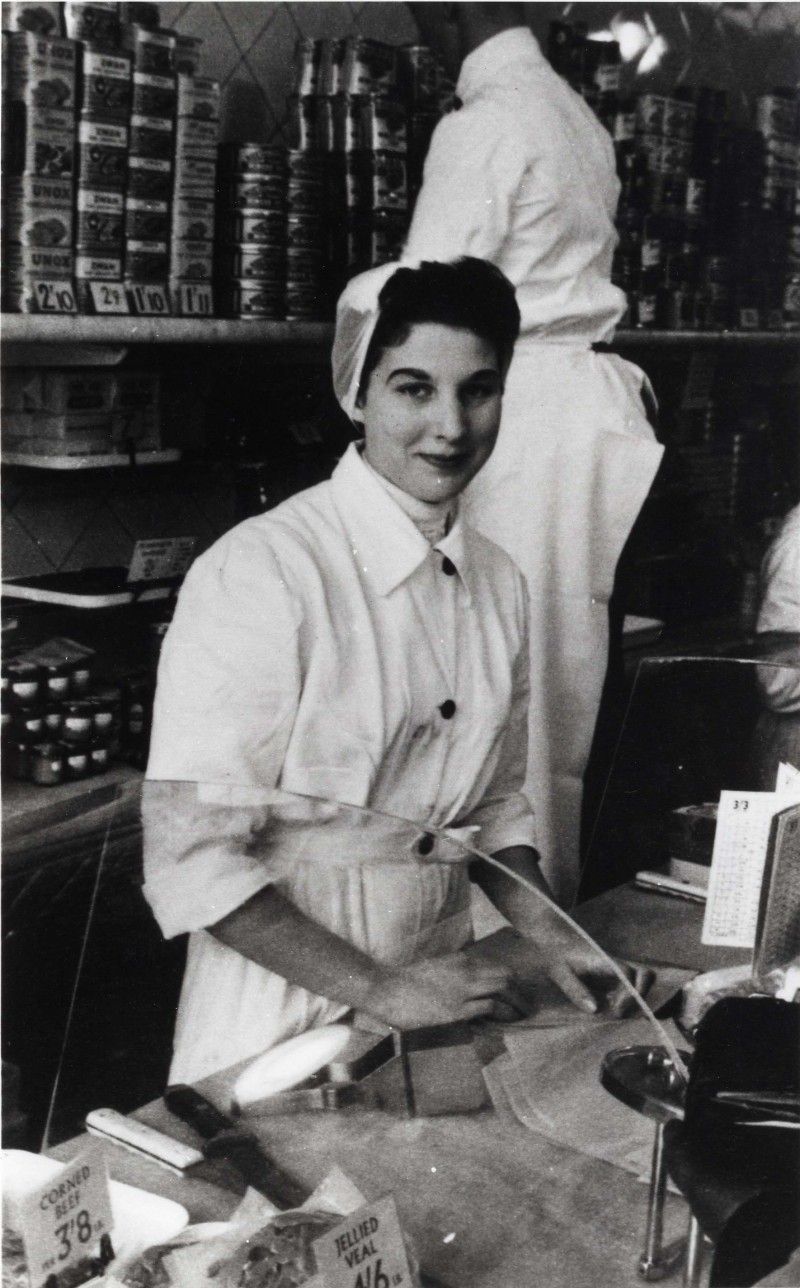 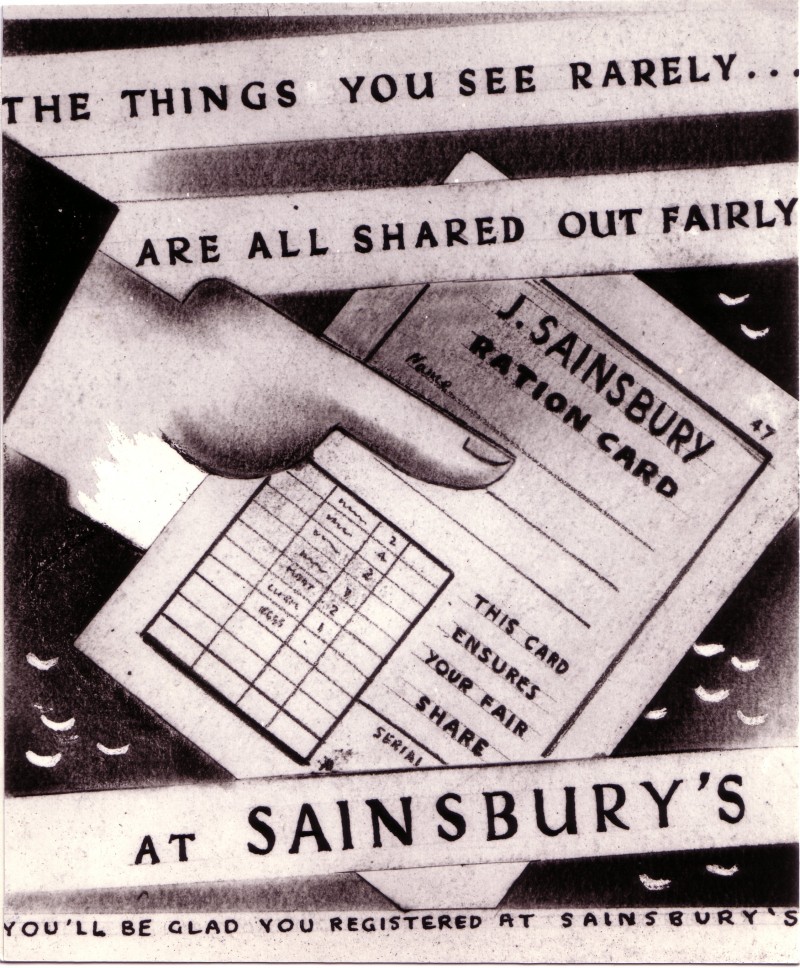 Introduction of ‘Fair Shares’ scheme to ensure that non-rationed goods in short supply were distributed fairly.

Sainsbury's introduced a 'Fair Shares' scheme to ensure that goods in short supply - such as sausages, cake, meat pies, blancmanges and custard powder - were distributed evenly. Customers were allocated a number of points, according to the number of rationed goods for which they were registered. The scheme encouraged customers to register for all rationed goods at Sainsbury's. To promote the use of the points system a series of advertisements were created (by Francis Meynell who also produced the governments ‘Food facts’ advertisements), suggesting meal ideas using ‘points’ foods. The scheme was noted by the Ministry of Food. On 1 December 1941 the government introduced its own ‘points’ scheme covering a wide range of grocery lines. 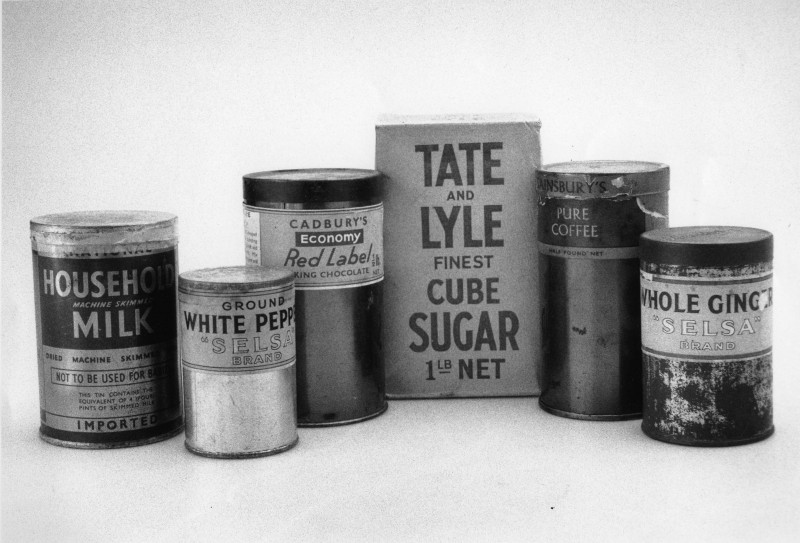 Before the Second World War, butter and cheese were given two layers of wrapping by the counter hand but this was reduced to one under wartime restrictions. In a wartime bulletin of 1942, customers were advised to bring their own receptacles for food as they had done during the Great War: 'It may be suggested to customers that flour bags which can be washed and used again are better for this purpose than odd bits of paper, although an actual container is best of all' Paper and ink shortages also led to the use of less colourful 'half-labels' on many pre-packaged products. Sainsbury's early grocery packaging used various elaborate and colourful designs, but common styles and colours can be seen on some labels. By the 1940s, the importance of design to unify the company image was recognised. Alan Sainsbury wrote that: "Although the quality of the particular food... is what finally counts with the discerning housewife, it should be the aim of the progressive retailer to present his wares in the most attractive dress and, if he sells food, in the most hygienic manner." Improvements were also made to the quality of the packaging. In 1946, designs for Coffee Berries and Semolina packs were chosen for display in the Printing and Packaging Section of the "Britain Can Make It" Exhibition. 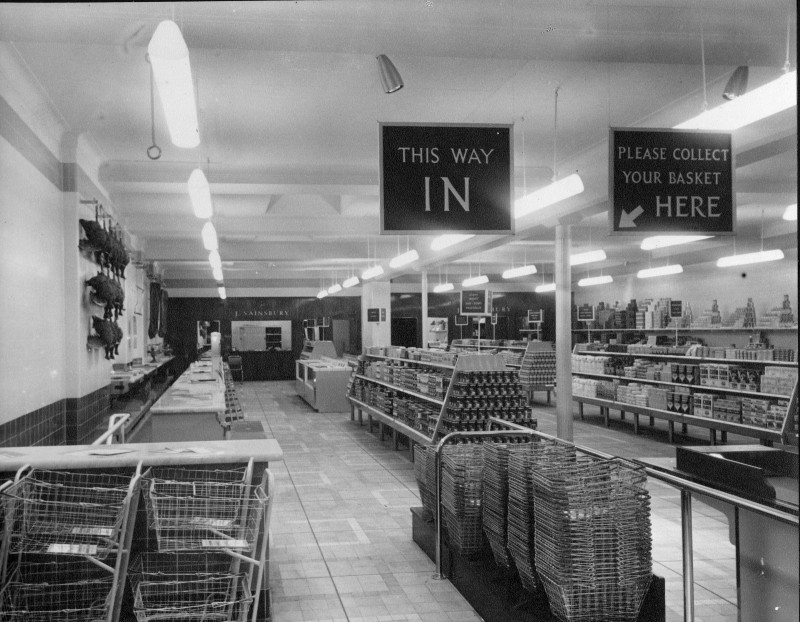 Sainsbury’s was not the first shop to introduce the idea of self-service to the UK, but it became the first to specifically design shops to operate this way. A few retailers, notably the London Co-operative Society, had previously re-arranged fittings to provide a limited range of self-service groceries. In 1950, Alan Sainsbury ordered the complete refurbishment of the store at 9/11 London Road, Croydon, which had previously been used by John James as a model store for the suburbs when it was opened in 1882. With a floor area of 3,300 square feet, this was one of the few Sainsbury’s stores suitable for conversion to self-service. Post-war building controls were strict and the store was refurbished under one of 100 licenses granted by the Ministry of Food to companies who were prepared to experiment with self-service retailing. 9-11 London Road remained open to customers during the re-fit while a range of modern features were installed which would eventually become standard in all stores. The refurbished store opened on 26th June 1950. After years of shortages and queuing, customers welcomed the ability to make their own choice from a larger range of goods. Assistants were employed to help older customers adapt to the new style of shopping, but there were still a few who were less than impressed. One Croydon customer who was offered a wire basket by Alan Sainsbury threw it back at him in contempt! 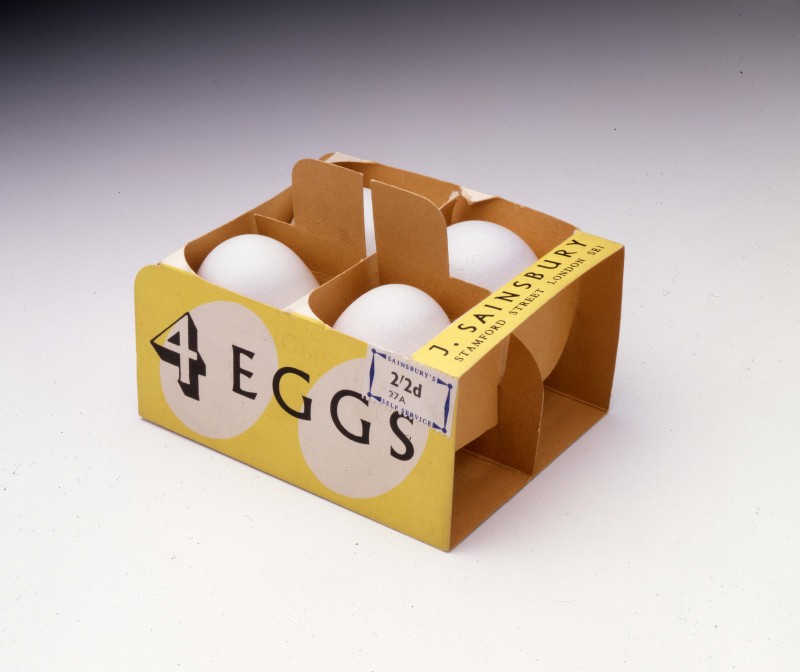 An in-house designer, Leonard Beaumont is appointed to create a unified look and own brand product packaging suitable for self-service stores

Beaumont created simple, consistent designs which reflected the company's reputation for quality and cleanliness. He used only one typeface (Albertus), stylised graphics and muted colours to create a clean fresh image which echoed the design of the self-service shops. 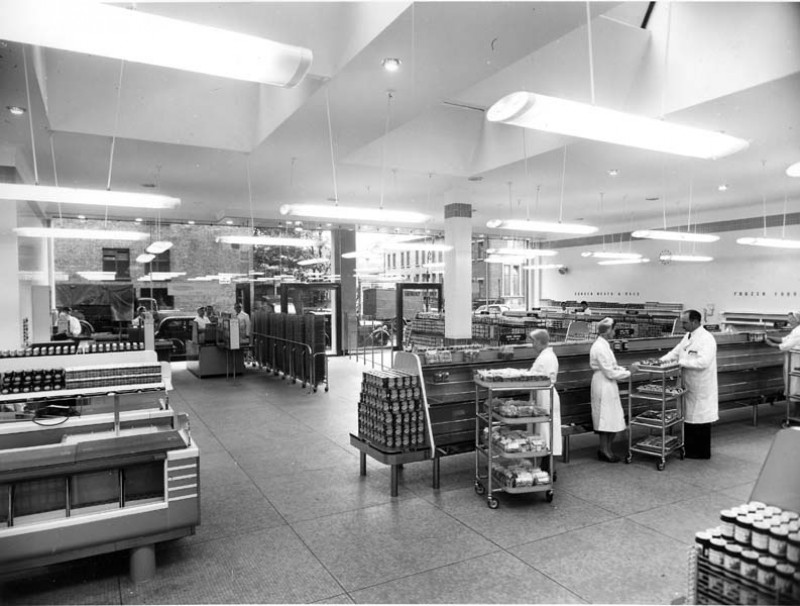 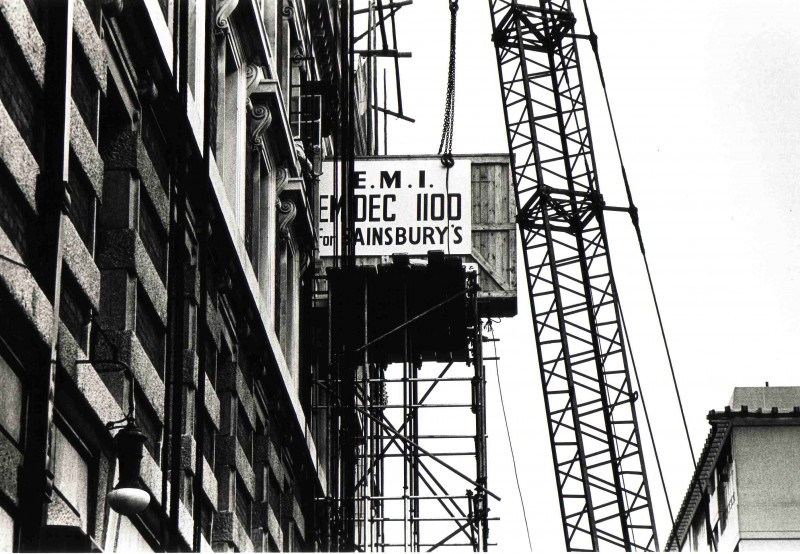 EMIDEC1100 computer installed at Stamford House, making Sainsbury’s the first food retailer to computerise the distribution of goods to its stores.

The computer was so complex that it had been necessary to order it two years in advance - it took over the stock control of non-perishable lines, which had previously been performed by the mechanised Power Samas punched card system.

Sainsbury’s Design Studio, led by Peter Dixon, wins Royal Society of Arts Presidential Award for Design Management, the first of its kind to be awarded in the supermarket industry. 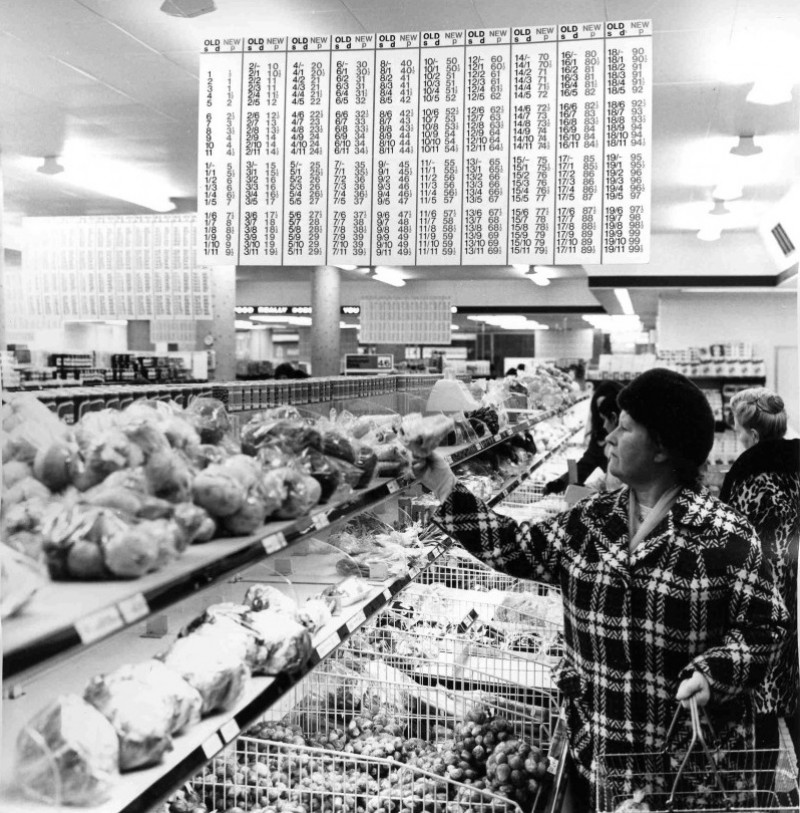 Sainsbury’s opens a ‘decimal’ shop in Croydon to introduce customers to decimal currency, a year before ‘D-Day’

The Decimal Shop provided a training for key branch staff to prepare them for the changeover in 1971. This changeover period was a difficult one for our customers and the training of branch staff in handling the new currency helped to iron out difficulties. Every branch had its own decimalisation officer who received training and experience at the Croydon shop. 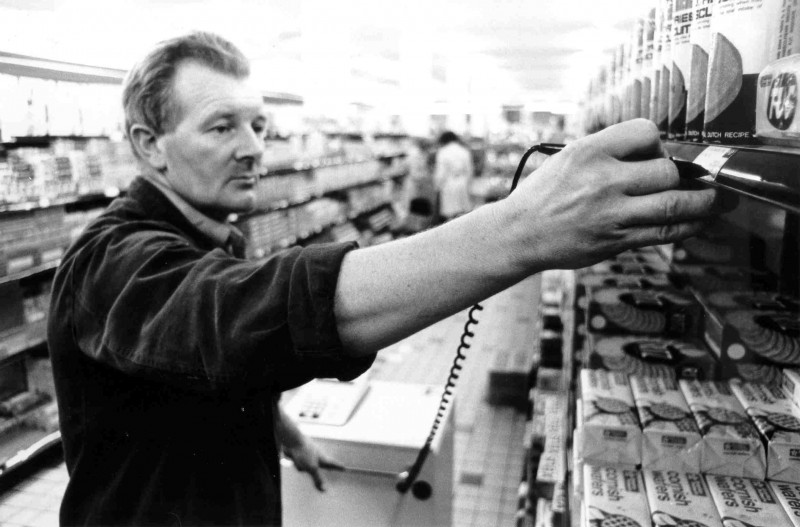 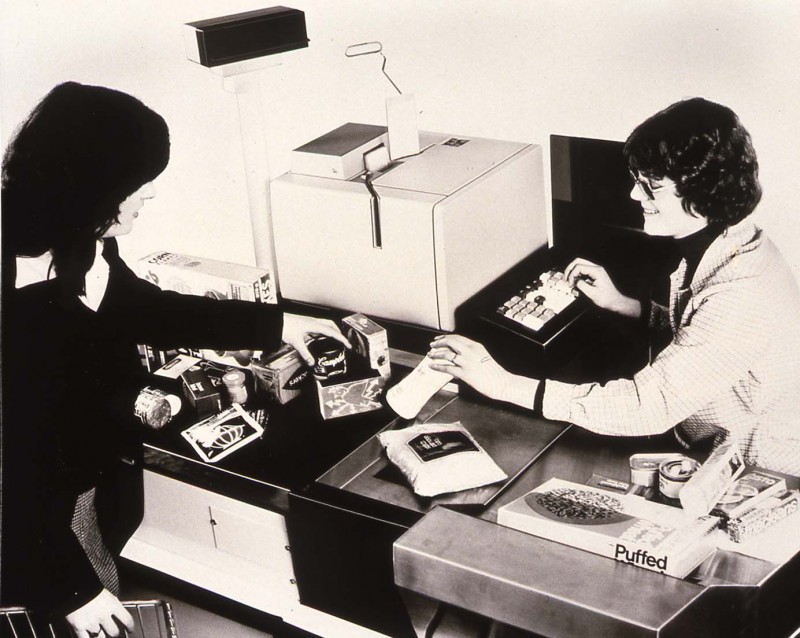 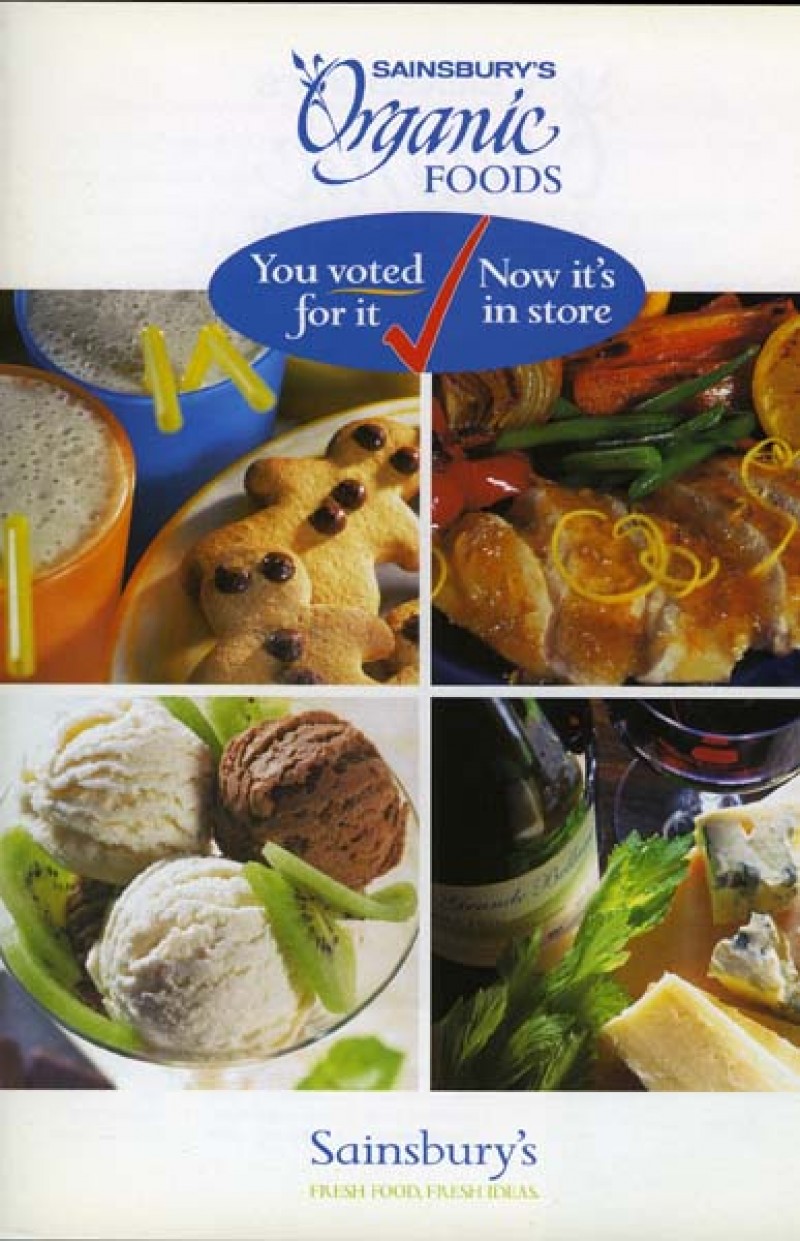 This new service gives customers a quick and convenient option to pick up the shopping they've ordered online from store.